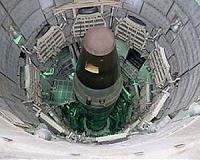 The US military said Wednesday it had tested an unarmed Minuteman III intercontinental ballistic missile equipped with reentry vehicle from a base in California across the Pacific Ocean.

Launched from Vandenberg Air Force Base at 1:13 am local time (0813 GMT) the reentry vehicle traveled approximately 4,200 miles (6,750km) across the Pacific Ocean to the Kwajalein Atoll in the Marshall Islands, the Air Force Global Strike Command said in a statement.

“The test demonstrates that the United States’ nuclear deterrent is robust, flexible, ready and appropriately tailored to deter twenty-first century threats and reassure our allies,” it said.

“Test launches are not a response or reaction to world events or regional tensions,” it added.

The United States has spent decades and billions of dollars developing technologies to stop an incoming ballistic missile, and is aiming to step up efforts in the face of growing threats.

North Korea became the latest entrant to the ICBM club in 2017 when it tested the Hwasong-15, which analysts say is capable of reaching the whole US mainland.

North Korea on Wednesday fired unidentified “projectiles” toward the sea, South Korea’s Joint Chiefs of Staff said, a day after Pyongyang signalled a resumption of nuclear talks with the US.

US State Department spokeswoman Morgan Ortagus later confirmed the talks, which she said would happen “within the next week”.