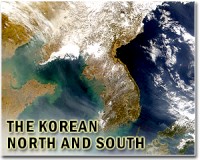 Nagoya, Japan (AFP) Nov 23, 2019 –
Japan and South Korean foreign ministers agreed Saturday to arrange a summit between their leaders next month, seeking to build on a lowering of tensions after Seoul stuck to a key military pact.

Prime Minister Shinzo Abe and President Moon Jae-in could meet in China next month, their ministers agreed on the sidelines of a G20 meeting in Nagoya, Japan.

The summit would take place on the occasion of the Japan-China-South Korea trilateral scheduled for next month, said a Japanese diplomat who declined to give his name.

Ties between the two countries, both key US allies in the region, have hit rock bottom in recent months over trade and Japan’s historic war-time atrocities.

This led to Seoul threatening to withdraw from a key military intelligence-sharing pact, alarming the United States who said that would benefit only North Korea and China in the region.

But late Friday, with only six hours until the pact was due to expire, South Korea reversed course and agreed to extend it “conditionally”, warning however it could be “terminated” at any moment.

The accord, known as GSOMIA, enabled the two US allies to share military secrets, particularly over Pyongyang’s nuclear and missile capacity.

Washington welcomed Seoul’s decision but urged the pair to “continue sincere discussions to ensure a lasting solution to historic issues”.

Japan’s Prime Minister Shinzo Abe gave a muted response to the decision on Friday, stressing that co-ordination between Tokyo, Seoul and Washington was “very important” while his defence minister urged South Korea to extend the pact “in a firm manner”.

The relationship between Japan and South Korea is overshadowed by the 35 years of brutal colonisation by the Japanese — including the use of sex slaves and forced labour — that is still bitterly resented today.