Has Trump deterred Iran? Experts not so sure. 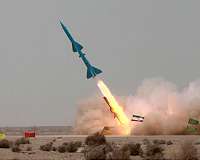 Washington (AFP) Jan 9, 2020 –
US Defense Secretary Mark Esper said Wednesday that the US strike that killed a top Iranian general had restored credibility to the US threat to Tehran to restrain itself militarily.

“I believe that we’ve restored a level of deterrence with them,” he said.

But Washington security analysts say it is far from certain that Tehran has been deterred from further attacks on the United States and its allies, and that it might not be long before it challenges President Donald Trump again.

In the short run tensions could ease after Iran retaliated for Revolutionary Guards Commander Qasem Soleimani’s death last week by firing 12 ballistic missiles at two US bases in Iraq, causing damage but killing no one.

But that is “just the beginning,” said Kaleigh Thomas, a Middle East security analyst at the Center for a New American Security.

Soleimani’s death in a US drone strike last Friday “has definitely changed the tone of tensions going forward,” she said.

“They’re going to be planning strategically, investing in ways to inflict pain on the United States.”

For effective deterrence, Thomas said, the Trump administration lacks a coherent message that Tehran can make sense of — what response it can expect from the United States to what provocative actions — as well as a back channel to communicate, like previous administrations had.

In each case the US response was hesitant and minimal, emboldening Tehran.

“A lot of deterrence … is this idea of, there are patterns, and that way, everyone’s kind of on the same page,” said Thomas.

On the other hand, …read more