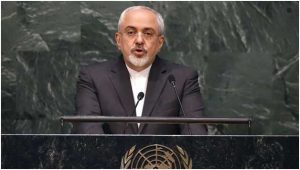 Iran announced its fifth breach of the 2015 nuclear deal Jan. 5, stating that it “discards the last key component of its operational limitations” put in place by agreement.

In the Jan. 5 statement Iran said its nuclear program “no longer faces any operational restrictions,” however Foreign Minister Javad Zarif did say that Iran will still continue to “fully cooperate” with the International Atomic Energy Agency (IAEA).

Zarif’s statement implies that Tehran intends to abide by the additional monitoring and verification measures put in place by the nuclear deal, known as the Joint Comprehensive Plan of Action (JCPOA). Zarif also reiterated Iran was willing to return to compliance with the accord if its demands on sanctions relief are met.

The extent to which Iran’s breach increases the proliferation risk posed by the country’s nuclear program depends on what specific steps Tehran takes to act on the Jan. 5 announcement. The government’s statement did not provide details but mentioned that the cap on installed centrifuges was the only remaining limitation that Tehran has not breached.

Iran has continued to abide by those limits according to the most recent IAEA report in November, although it did resume uranium enrichment at Fordow in November in violation of the 15-year restriction on uranium activities at that site. Iran has also already breached the limits on the number of advanced centrifuges it is permitted to test.

Before the JCPOA, Iran had installed about 18,000 IR-1 centrifuges, of which about 10,200 were enriching uranium, …read more