Iran Guards say missiles did not aim to kill US troops 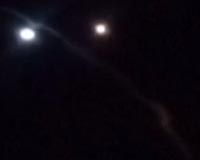 Iran’s Revolutionary Guards said Sunday they did not aim to kill US troops when firing a wave of missiles last week at Iraqi bases hosting American forces.

“Our aim was not really to kill enemy soldiers. That was not important,” the Guards’ commander, Hossein Salami, told parliament, referring to Wednesday’s missile operation launched to avenge the killing of a top Iranian general.

“The physical destruction (caused by the missiles) was just because we wanted to say that we are so much more superior to the enemy (and) that we can hit any point we choose,” he added, in a speech aired on state television.

Iran launched a wave of missiles at bases in Iraq hosting American and other foreign troops on Wednesday.

The US said no American personnel were harmed in those missile attacks on Iraqi soil.

The Iranian operation was carried out in response to the killing of Qasem Soleimani, the head of the Guards’ Quds Force, in a January 3 US drone strike near Baghdad airport.

Hours after launching the missiles on Wednesday, Iran shot down a Ukrainian passenger plane soon after it took off from Tehran, killing all 176 people aboard in what it later admitted was a catastrophic error.

The Guards’ aerospace commander General Amirali Hajizadeh accepted full responsibility for the downing of the Boeing 737 on Saturday.

Salami was briefing the Iranian parliament about the incidents in a closed session on Sunday after being ordered to testify by President Hassan Rouhani.

Iran has invited experts from Canada, France, Ukraine and the United States to take part in the investigation into the air disaster.